As winter sun holiday destinations go, the Canary Islands are one of the more well known places in the world for sun worshippers and grey sky dwelling northern europeans to head south to for the winter.  What is less well known is the impact that the islands’ volcanic past have in store for the East Coast of the US, if volcanologists’ and oceanographers’ predictions of a mega tsunami are realised.

Over the last few weeks, a rumbling volcanic eruption and earthquakes in the seas around the island of El Hierro in the Canaries have re-ignited the debate on the the Mega Tsunami predicted to hit the Eastern Seaboard of the US. The debate centres on a theory that focuses on a tsunami being caused caused after a large chunk of volcanic rock falls into the sea from the Cumbre Vieja volcano on the island of La Palma.

Part of this volcano is highly unstable and could collapse into the ocean at any time.  If this were to happen 20,000 cubic meters of rock could fall into open sea water and, channelled by the seabed geology, create a mega wave (Tsunami) travelling at 500mph in all directions.

The path of destruction caused by the wave would be as follows.  African nations of the western Sahara would be hit first by waves of 330ft, followed by southern Europe, then northern France, Ireland, and the UK. The eastern seaboard of the United States would be hit within 7 to 8 hours of the event, causing widespread devastation.  A wave making landfall at a height of up to 200ft would hit the metropolises of Boston and New York, then the Tsunami would travel south along the coast, taking out beachside communities all the way to Miami and the Florida Keys. According to Dr Simon Day, of the Benfield Greig Hazards Research Centre (University Collage London, UK), its not a question of if this happens, but when! 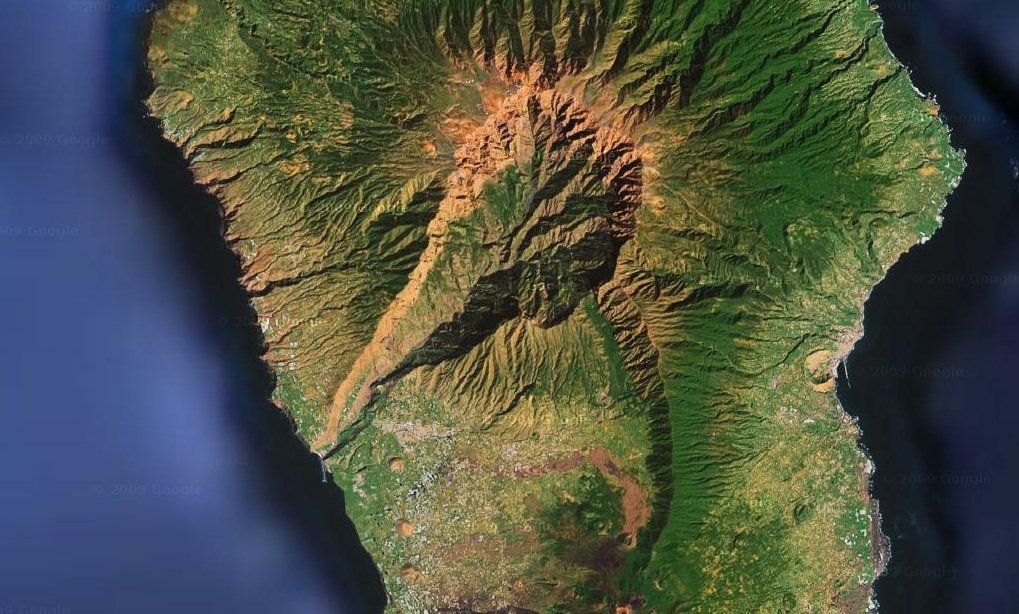 However, if you live in the suggested path of this mega tsunami, don’t start moving just yet!  Many other scientists believe that these events are highly unlikely, as the rock that could cause such an event is far more likely to break up into smaller chunks, and be dispersed over a considerably longer timeframe than it would take to cause this Tsunami.

Sources of further reading and viewing:

Find us on Social Media

Mega Tsunami could wipe out East Coast of the United States

Ten crops that feed the world

The Tree Frog: An amphibian climber of colour, poison and intrigue